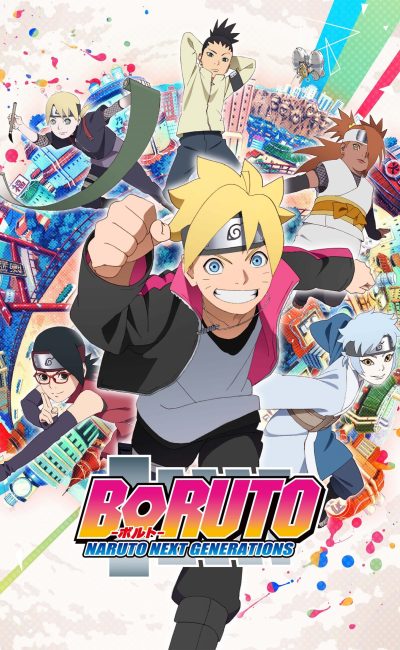 Son of Naruto Uzumaki, Boruto, follows his father’s footsteps along with his friends to become great ninja. Throughout all their adventures, Boruto is determined to make his mark in the ninja world and live outside of his father’s shadow.

Opening up with an older Boruto Uzumaki facing a foe named Kawaki during the destruction of his village, the manga follows with a retelling of events in Boruto: Naruto the Movie with added content. Being the son of the Seventh Hokage Naruto Uzumaki, Boruto felt angry over his father placing the village before his family. At that time, Boruto had become a member of a ninja team led by Naruto’s protégé Konohamaru Sarutobi, along with Sarada Uchiha, the daughter of Sasuke and Sakura Uchiha, and Mitsuki, Orochimaru’s artificial son. When Sasuke returns to the village to warn Naruto of an impending threat relating to deducing the motivations of Kaguya Otsutsuki, Boruto persuades the Uchiha to train him for the upcoming Chunin exam to impress his father.

During the exam, Momoshiki Otsutsuki and Kinshiki Otsutsuki the threat of whom Sasuke spoke appear and abduct Naruto so they can use Kurama, a tailed beast sealed inside his body, to revitalise the dying Divine Tree from the dimension they came from. Boruto joins Sasuke and the four Kages—the leaders of other ninja villages—to rescue Naruto. The battle ends when Momoshiki, sacrificing Kinshiki to increase, is defeated by Boruto and his father with Sasuke’s help. But Momoshiki survived long enough to realize Boruto’s full potential while warning him of future tribulations. After recovering from his fight, Boruto decides to become like his mentor, Sasuke in the future while entrusting Sarada to follow her dream of becoming the next Hokage.

In his next mission, Boruto serves as a bodyguard for the Fire Daimyo’s son Tento with the two finding kinship in both wanting to be acknowledged by their fathers. When a group of bandits known as the Mujina kidnaps Tento, Boruto saves the boy with the group’s leader incarcerated due to having knowledge on the mark that Momoshiki placed on Boruto. Naruto and the other learn there is a group called “Kara” searching for people with the marks called Karma. Boruto’s team meets Kara’s fugitive Kawaki, a boy who also has karma. Kawaki becomes an adopted member of the Uzumaki Family to protect him. However, when trying to protect the young man, Naruto and Sasuke are defeated by the leader of Kara Jigen, with Jigen sealing away Naruto while Sasuke escapes. Team 7 saves the Hokage when Boruto’s Karma causes him to be possessed by Momoshiki.

After learning of this, Sasuke discovers all Karma users will be taken over by the Otsutsuki clan including Jigen. Meanwhile, a mutiny starts to form in Kara, with Koji Kashin challenging Jigen while Amado goes to Konoha to seek asylum in exchange for information, revealing that the real leader of Kara is actually Isshiki Otsutsuki, who has been possessing Jigen ever since he was betrayed by Kaguya when they came to Earth millenniums ago and Karma allows the Otsutsuki clan to resurrect via the host’s body. Although Koji kills Jigen, forcing Isshiki to reincarnate imperfectly and Kawaki’s Karma was removed in process, Isshiki forces Koji to retreat and leaves to attack Konoha. 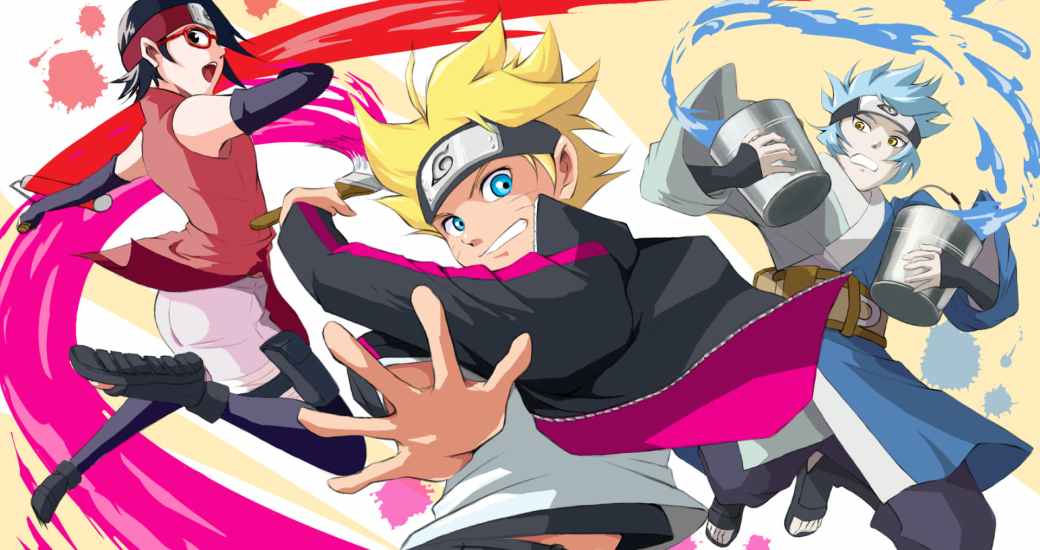